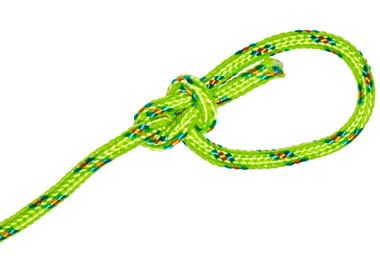 A loop of green string
Learner's definition of LOOP

1 a : a curved part or shape made when something long and thin (such as a rope or thread) bends so that it touches or crosses over itself

1 c : a ring or curved piece used for holding something

2 : an action in which an airplane flies in an upright circle perpendicular to the ground

4 computers : a series of instructions that are repeated in a computer program until a specified condition is met

5 the loop : a group of people who know about or have influence or control over something — usually used in the phrases in the loop and out of the loop