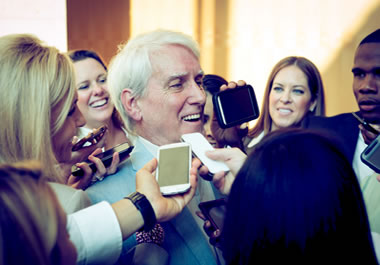 There was a lot of media hype surrounding the candidateâ€™s announcement.
Learner's definition of HYPE

: talk or writing that is intended to make people excited about or interested in something or someone