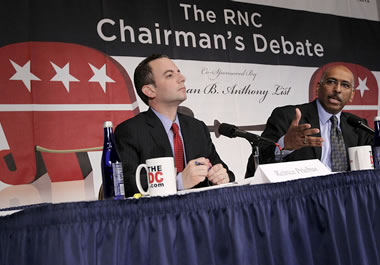 Two candidates at a debate
Learner's definition of DEBATE

: a discussion between people in which they express different opinions about something

◊ A debate can be an organized event, an informal discussion between two or more people, or a general discussion that involves many people.

◊ If something is a matter of debate or open to debate, people have different ideas and opinions about it.