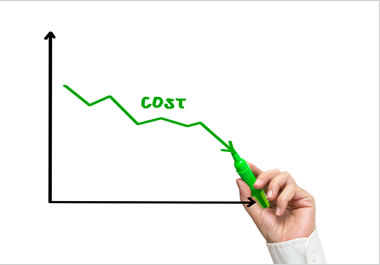 The graph shows a decline in cost.
Learner's definition of DECLINE

1 : the process of becoming worse in condition or quality

2 : a change to a lower number or amount