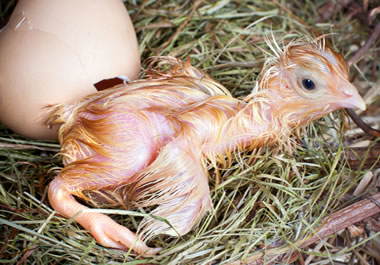 Newborn chick, emerging from the shell
Learner's definition of EMERGE

1 a : to become known or apparent

1 b : to become known or regarded as something

2 : to rise or appear from a hidden or unknown place or condition : to come out into view

3 — used to indicate the usually good state or condition of someone or something at the end of an event, process, etc.